Nope, overall I’m not happy with the new game “Detective Pikachu” which came out for Nintendo 3DS last week.

For those who are unaware, Detective Pikachu is based on an upcoming movie that isn’t out until next year. And Detective Pikachu is not like other Pikachus, with their cute squeaky voices and mannerisms. This Pikachu has a deep voice and talks in a strangely gruff manner. To me it was extremely off-putting and not amusing or funny in any way. It was a major distraction to me the entire time.

The game works similarly to Professor Layton games in terms of exploring different areas by clicking on things that show up with a magnifying glass indicators, keeping notes and putting together the clues to solve mysteries. But it was NOT difficult or challenging like Professor Layton games. In between this ‘evidence collecting’ exploration game play, there are cut-scenes and overly simple “Press A at the right time” action sequences. On top of that, there times when Detective Pikachu decides he has something to say, and you are forced into watching these redundant Pikachu cut-scenes where he reviews info that you literally just discovered two seconds earlier and then has a sloowwwww fade out before returning back to your game play. Like why?? I would have loved to turn that feature off.

I’m going to post some vague spoilers here. I don’t recommend playing this game. Your life will be okay if you read on lol!!

To end each case, you use logic to solve whodunnit mysteries for random Pokemon owners that you encounter. But what really annoyed me was that there was a completely unresolved subplot. The character that you control is a young man searching for his missing father, and his missing father used to be Detective Pikachu’s partner. Detective Pikachu has amnesia and can’t use his Electric abilities. They never find his father. They never address the fact that they don’t find his father. They never explain WHY Pikachu and your character are able to communicate easily despite him being a Pokemon and you being a human. WHAT IS THE POINT OF THIS???

My assumption is that these questions might be answered in the upcoming Detective Pikachu movie. But that movie doesn’t come out until next year. By then this game will be irrelevant and forgotten.

Don’t get me started on the Detective Pikachu amiibo. The only cool thing about it is that it’s huge. But that means it was $30. What does it unlock? Pikachu cut-scenes that you might have missed in the game. No thanks. (I bought it bc FML I am obsessed with collecting Pikachu stuff lol.) 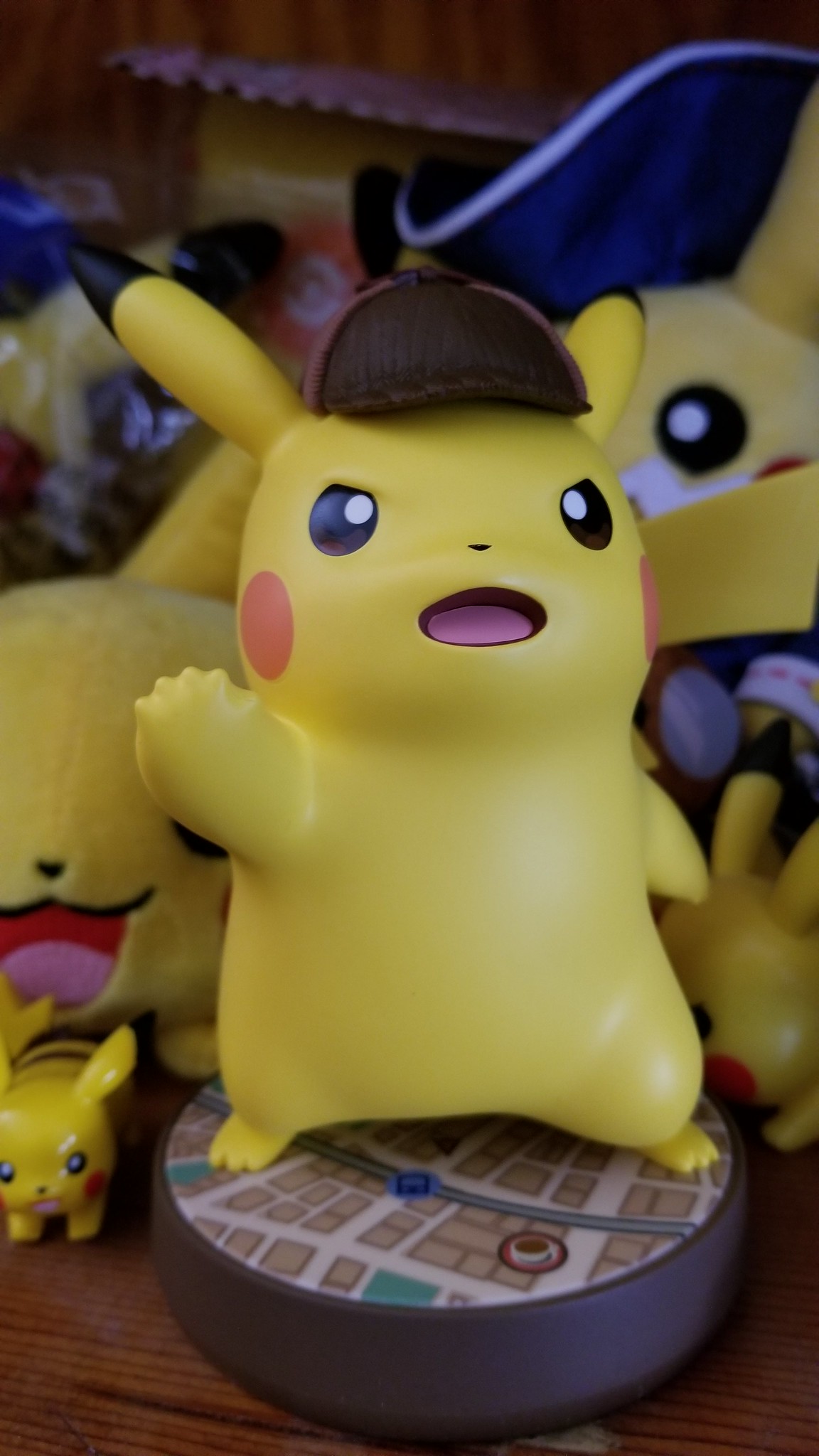 It is really cute tho.

Another [useless] thing I liked was that the game came with a digital download for a Detective Pikachu home menu theme. It plays latin inspired music like in the characters’ favorite coffee shop, and features a little cameo from Mimikyu.

The cute Pokemon characters throughout the game were fun too, I must admit. Being able to communicate with other Pokemon via Detective Pikachu was pretty adorable as well. But overall the game was pretty disappointing to me. The unresolved subplot and complete lack of any post-game whatsoever make this game a “definite pass.”

Have you played Detective Pikachu? What are your thoughts?