It’s Day 7 of A Geeky Gal‘s 30 Day Geek Out Challenge! Actually, it’s totally not. I’ve fallen a bit behind so I’m going to do a catch up post with a bunch of answers in one blog! This one may get long lol!

Day 7: What Fandom Do You Love that You Didn’t Think You Would?

When I first heard about Riverdale, a teen drama based on the characters from the Archie comic book series, I was like… what? Why? Seriously?

I never was into comics, but I used to look at the funny pages in the newspaper when I was a kid. I always thought the Archie comic strip was lame, cookie-cutter stuff that you skipped over, like Family Circus. Why would they make that into a show? I had to watch and find out!

As a fan of other teen dramas like Pretty Little Liars and Sabrina the Teenage Witch, I was immediately hooked when I saw Riverdale. The cinematography is very dark. The characters are the same… yet totally re-imagined for this new universe that is not cookie-cutter at all.

These kids get into some scandals. Archie still has his love triangle with Betty and Veronica, but things get a bit sorted out because Jughead is also a teen hottie in the new Riverdale. Archie is less wholesome than his comic book counterpart, Veronica is much more wild than her comic book counterpart… and Betty is still super duper overly goodie-goodie… until she snaps lol!

I don’t want to give away too much about the intricate overly dramatic plotline. The teen characters’ parents play a greater role in the story and the late great Luke Perry was amazing as Archie’s dad. I highly recommend you check out Riverdale if you want a new binge-able show to watch on Netflix!

Day 8: What Geeky Hobby Do You Have?

Something I can remember doing as early as 4th grade… STICKER COLLECTING!!! I have memories of trading stickers with my friends and peeling them out of the coated pages of my sticker book. I always wanted the cool puffy stickers and ‘oily stickers’, which were shapes filled with a colored oily substance that always ultimately burst and leaked all over my stuff. Why did I want those so bad? They sucked! 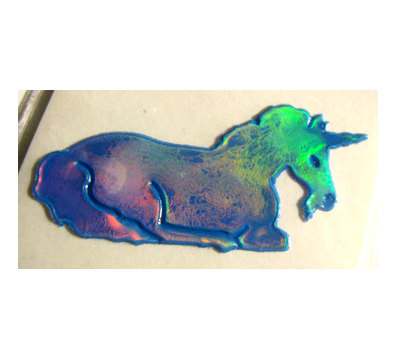 These days, I have a sticker organizer instead of a peel-able book. I collect stickers to use in my bullet journal and planners now, and it makes getting organized so much more fun!

My favorite part of sticker collecting is well… the collecting! Sometimes I’ll shop for something specific, like Animal Crossing stickers, when I know what I want. But sometimes I still want that thrill of the sticker trade, or at least the surprise or unknown of getting a sticker you didn’t expect. So I signed up for some sticker subscription clubs! I’ve been a member of Stickii and Pipsticks for quite a while now. I love getting my stickers in the mail! It’s always a thrill!

People like to post about #foodporn on social media, but in reality Food Wars is much more like the literal translation. This anime, set in a cooking school for teenagers, is the most sexualized ‘cooking show’ you’ll ever see!

Riding a strawberry through a wave of cream is only the tip of the iceberg of what goes on in Food Wars. There is actually a lot of drama and an interesting plot to drive the story towards these cooking competitions where the teens really GET INTO their cooking!

I mean, these GIFs really show the zaniness better than I could ever attempt to explain. If you like food, like wacky stuff, and like classic japanese high school anime dramas… check out Food Wars!

Have I mentioned this enough yet? I love The Lord of the Rings! I think this is one of the best books/movies series ever. Obviously, the books are better, as they almost always are, but the movies have their very important merits as well.

Peter Jackson’s choice to use as much REAL special effects as possible (as opposed to doing strictly CGI effects) is so important to me. I think that using advanced puppetry and makeup for fantastical creatures, and scaled models for vast exterior shots, makes for a much more realistic and immersive cinematic experience.

Lord of the Rings came out when I was in college, at the start of the social media takeover of the internet. This is why there are SO MANY MEMES from Lord of the Rings. All of the nerds on the internet at the time were geeking out over LotR and made memes for just about everything. There were also ridiculously edited videos that were all over ebaumsworld.com, the original place for GIFs and funny stuff. (Nowadays, it’s just another video dump website that isn’t even worth the hyperlink.) But YouTube has the good stuff archived forever, so that’s good.

I just… don’t get into comics. I don’t know. I never really got into reading them or collecting them all that much. I like reading books and watching cartoons, so theoretically a graphic novel would be cool… but I’ve just never had that desire to sit down and actually read one. Or buy one. lol

But I still appreciate the art style! I have a great appreciation for the work that goes into creating a graphic novel. And it was misleading for me to say I’ve never had the desire to buy a comic, because I do actually own a couple. I actually have TWO comics from a limited run of The Ren and Stimpy Show comic series from Marvel Comics.

I don’t totally remember what goes on in these comics because I haven’t taken them out of the wrapper in years and they are probably not in great shape because I was not a careful child lol! But these covers are great! Spider Man vs. Powder Toast Man?? Who could possibly win? And the other cover… “In space – no one can hear your underleg noise!”?? I don’t have any possible clue what that could mean but it’s probably hilarious!

Should I open my comics and enjoy them? Or is there a market for old Nicktoons comics from the early 90’s? 🤓

OMG! I think I’m actually all caught up with the 30 Day Geek Out Challenge! I’ll try to be more diligent about posting these in a more timely fashion.