This year, my awesome friend Carney and I decided to take a trip to Los Angeles and attend E3 2018! I just got back and while I intend to write a blog about the ENTIRE trip, I wanted to do a quickie overview of E3 first. 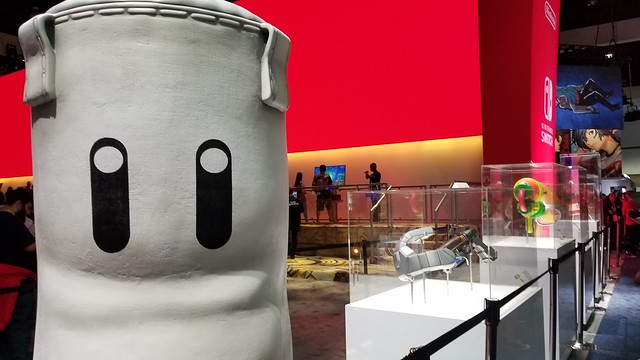 Things that were great about E3:

Things that were pretty shitty about E3:

You might sense my disappointment in E3 by now. You would be very correct. I quickly realized that the lines are likely to be much more manageable when I go to the Nintendo NYC store and play in the E3 Demo Area in the convenience of my home state. Honestly, my time spent away from E3 was much more fun. I did lots of cool touristy things and had a blast in LA. I’ll blog about the rest of my trip in a day or two. But for now, check out my Flickr album and enjoy the VISUALS of E3…. at least it’s a very IG-friendly event.