For the first issue of the Animal Crossing Inquirer, it is important to recognize, remember, and pay tribute to all of the special characters who remain absent from Animal Crossing: New Horizons. These characters were loved by all, and are sorely missed. Unfortunately, due to the staggeringly high number of missing persons, this article will be split into multiple parts.

If any of these characters are still out there, we simply ask that their captors let us know that they are okay. Maybe we can come to some kind of arrangement. Please contact the Town Hall with any information about the following characters: 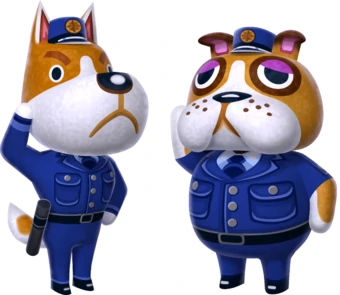 Noticeably in the missing characters list are Booker and Copper, the team of policemen hired to keep previous Animal Crossing towns safe. In Animal Crossing: City Folk, they guarded the gate and stopped any questionable folks from invading the town. In Animal Crossing: New Leaf, the police station was downsized and only one officer was hired at a time, leaving Town Mayors with the heartbreaking decision of choosing between the two. And now, both police officers are absent in Animal Crossing: New Horizons. This seems especially concerning because of all of the other missing characters. A kidnapper would first think to take out any armed law enforcement before attempting to snatch a promiment figurehead. Now the villagers are left with no one to help protect and serve. And it leaves all of the investigative work up to civilians like us! Did a villain take out the brave doggy duo? Or was the entire police department shut down due to budgetary concerns, as evidenced by the downsizing in AC:NL? More research must be done.

The beloved former leader of many Animal Crossing towns, Tortimer is a prominent figure that has been sorely missed in AC:NH. Tortimer is an elderly tortoise who had retired from his mayoral duties, and was last seen on Tortimer Island in AC:NL, where he hosted fun mini games in a tropical island setting. Some sources have suggested that Tortimer may have passed away, and for whatever reason this news was kept quiet. However, this does not explain why we have been unable to find Tortimer Island, or our great leader, despite having new seaplane technology. Many other islands have been discovered. Where is Tortimer Island?

It is worth noting that Booker and Copper’s role of guarding the town has been replaced by Orville and Wilbur… the seaplane pilots. The same seaplane pilots who seem to be unable to find Tortimer Island, despite their keen ability to take us to countless other islands in the Animal Crossing world. Coincidence??

Kapp’n and his Kappa Family 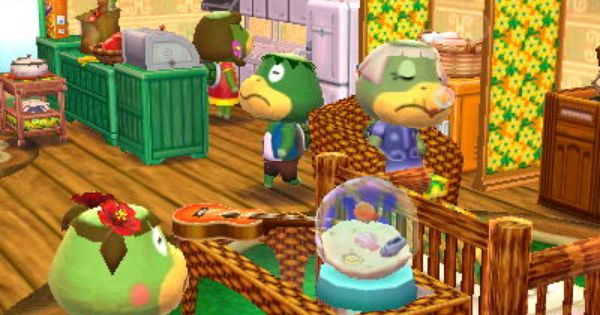 Another very disturbing disappearance is that of Kapp’n and his entire family. Kapp’n was once a well known seafarer, taxi, and bus driver who would shuttle passengers from one location to another. While there have been some complaints about his unnecessary flirtations in some situations, he had been deemed “creepy but mostly harmless” by villagers.

In AC:NH, Kapp’n was kind enough to introduce us to his entire family, including his wife Leilani, daughter Leila, and of course Grams. The Kappas lived and worked on Animal Island, where they were last seen together. But why haven’t Orville and Wilbur been able to find Animal Island with their seaplane? Where has the Kappa family gone? Maybe the seaplanes put Kapp’n’s boat shuttle service out of business, leaving the Kappa’s to a life of destitution?? Or worse… could a tidal wave have flooded out both Animal and Tortimer Islands, leaving no trace of these wonderful characters? But if that were the case, why was the tragedy not covered on the news?! 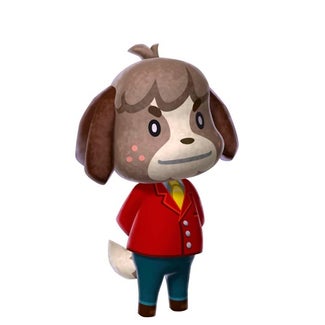 Isabelle’s twin brother Digby is also missing. He was last seen at the Happy Home Academy Showcase, and he is also known to have worked at Nook’s Homes in AC:HHD and served as a Happy Homeroom Judge in AC:PC. With such a prolific resume, why is Digby not present in AC:NH? Wouldn’t a deserted island find a use for a home designer such as Digby? Even more disconcerting is the fact that Isabelle never mentions her lost twin, despite bringing up the fact that she video chats with her parents quite regularly. Was there a rift in their Shih-Zhu family? Perhaps, similarly to the Able sisters, Digby decided to leave town and pursue a design career in the big city, leaving his sibling behind to pick up the slack. Or maybe… he is yet another victim in this missing persons scandal. Isabelle has been strangely unhelpful and unwilling to engage in any questioning regarding her brother. Could Isabelle be working with Orville and Wilbur in some sort of cover up??

When Katie turns up missing, nobody is really all that surprised. She is a little kitten who often wanders off from her mother. Katie would be found crying in a random town, asking for someone to help reunite her with her mother. Many villagers would whisper that Kaitlin was an unfit parent due to the sheer number of times that she gets separated from her daughter.

But now both Kaitlin and Katie are nowhere to be found. While the details are a bit unclear, Kaitlin was last seen in AC:CF collecting her daughter from yet another town where she had been lost. However, Katie had been seen more recently in AC:NL, looking older and seemingly traveling alone.

Many rumors are spinning that Kaitlin was taken away by a court order from the CPS. When Katie was last seen, she still seemed barely old enough to be traveling alone. Perhaps Kaitlin got sick of always losing track of her child, and simply told Katie to start going off on her own… resulting in the involvement of the CPS?? If Kaitlin was sent to jail, that might have put Katie into the foster care system, which could explain their disappearances. While it’s understandable that Kaitlin might have preferred to keep this news quiet, all of the villagers agree that we should have all been informed.