Didn’t we go over this in a splatfest? I think it was Flying Vs. Invisibility. At the time I chose Invisibility. But after further consideration, I think I would choose the power to fly as my superpower if I were given an actual opportunity.

It’s just a more practical and exhilarating power to have. Imagine whisking yourself off to a far off land for a vacation whenever you want one. Flying through the clouds, with the wind blowing through my hair, doing 360 flips… that does sound pretty sweet, doesn’t it?

Day 15: What Hogwarts House Are You In?

Look, every group has it’s bad apples. But when your house has a lot of talented, inspired and highly intelligent people in it… well, the bad apples are going to be better at being bad, so you’ll hear about them more often.

It doesn’t mean that Slytherin is 100% evil! And what’s with all the anti-Parselmouth propaganda? Being able to communicate with snakes is a beautiful gift that should be celebrated, not hated! Why should people condemn an entire group of people who can speak to serpents, simply because one bad wizard used his powers for evil instead of good? 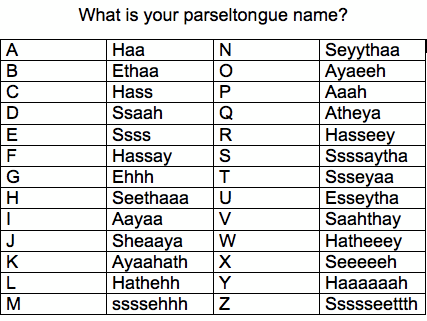 I’m sure there are plenty of good Slytherin witches and wizards who work hard and contribute positively to their communities and never hurt a fly! You just don’t hear about it because of the Slytherin-negative social climate these days. 🐍

OMG can I just say THANK YOU for asking this question, Megan!! Because I have THE answer. To life, the universe… EVERYTHING!

Picture it. You live in your town that you’ve designed yourself, you may possibly even be the Mayor, and you live among wonderful animals that you can talk to and hang out with! And go fishing and hunting for fossils with! AND BATTLE WITH!!!

Yes. The most epic crossover to ever crossover would be a full on Animal Crossing and Pokemon crossover game. You would pick some Pokemon to live with in your house (your battle party) and have other Pokemon for neighbors who would move in and out, which you could then convince to move into your house and add to your party. Maybe instead of a house you could run a training school or something. You would help the Pokemon win their battles, but maybe you could also just design a Poffin Cafe and make them all wear little waiters outfits. I don’t know!

THERE ARE LOTS OF POSSIBILITIES OF CUTE AWESOMENESS HERE PEOPLE!!!

Just try to imagine that those two GIFs are one scene… 😂

Who can help me make this happen?? I want this to happennnnnnn!!! lol

This is a hard question. When there are so many good options, it’s difficult to really decide on a favorite without listening to them. So I busted out my Super Smash Bros. on Nintendo Switch. Why?

Because the Sounds section of The Vault has like EVERY AWESOME NINTENDO SOUNDTRACK SONG built right in!!

I mean, my go to answer to this question is Legend of Zelda. But which game? And then when I opened up the Sounds player, I was reminded that “OH yeah, Donkey Kong Country 64 also had a really kickass soundtrack.” I have to give that game an honorable mention!

But the real answer is Legend of Zelda: Ocarina of Time. This game has the best soundtrack ever because the game’s entire core is based on MUSIC. The ocarina is an instrument, you have to learn new songs and play songs correctly to do certain abilities, so those songs have to be awesome…! It’s a recipe for an epic soundtrack.

And then there’s the Gerudo Valley theme. Oh man that song just gets my toes tapping and fingers snapping more than any video game soundtrack song I can possibly think of!!

But then I also thought about Cuphead.

Now I don’t know the answer anymore. Because I looooooove this old timey music in the Cuphead soundtrack. Hot jazz! Live brass instruments! Wicked snare drums! Makes me wanna get up and shake my booty!!

They can both be my favorites!!! Ocarina of Time and Cuphead! Winning!!!