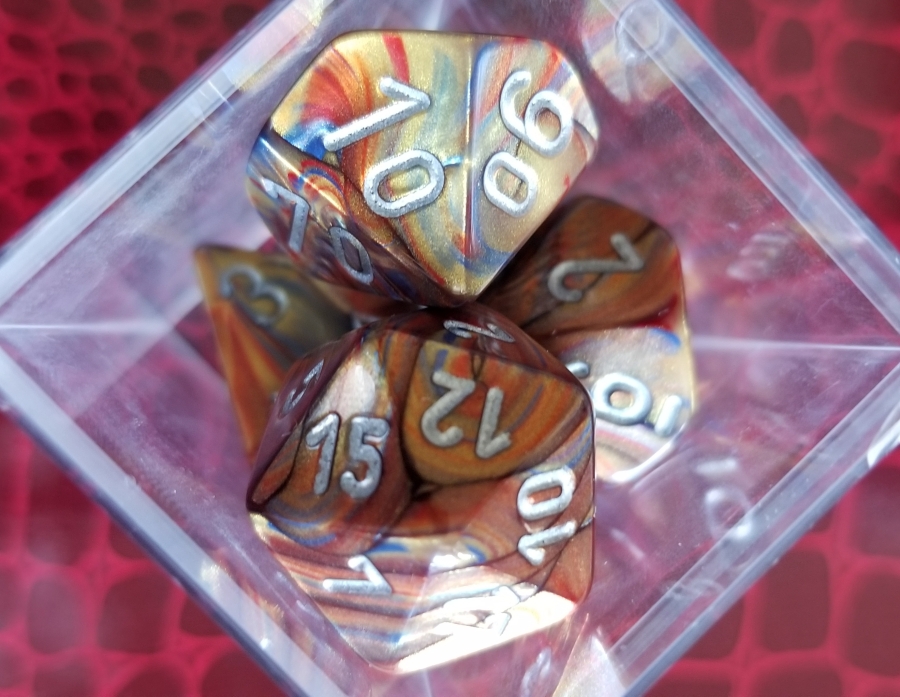 It’s Day 2 of A Geeky Gal‘s 30 Day Geek Out Challenge! I’m a little late to the party but that’s okay. I encourage all of my blogger friends to participate as well!

Day 2: What is Your Most Recent Fandom?

While this particular game has been out for literally decades, I admit that I only started getting into Dungeons and Dragons last year. I’ll even go so far as to say that I’m basic because I got into the game from watching Stranger Things. I never really understood what it was about until I saw people playing it!

After I read the Player’s Handbook however… (not that I’ve exactly read every single page) I was hooked! I love everything about medieval fantasy, and the character descriptions in D&D seem like they could be taken right out of a Lord of the Rings appendix. More to love: you design your own character and the game is played through improvisation! As a writer, I love diving into character design and coming up with the background story for the player that I’m creating. When I was in high school I took some improv workshops, so it’s fun to revisit that sort of ‘playing’ as well! D&D is so much fun… that is, when you can get everyone coordinated for a game session, which tends to take a couple of hours at a time. All you need to get started is a Dungeon Master, at least two player characters, a game board, some game pieces or tokens, and the coveted D&D 7-dice set.

Now that I’ve been playing for over a year (and documenting the entire campaign here on the Glux Blog!) it’s fun to see pop culture embracing the game these days. Not only in the super popular Stranger Things series, but the entire third season of Riverdale’s storyline is focused around a murderous cult playing what was an indirect reference to the game (called Gryphons and Gargoyles instead).

Love it or hate it, D&D is here to stay! I love collecting dice sets now, there are lots of beautiful options. If you ever need help making a decision about something in life… you could always roll the dice!