Did you know that there’s an epic adventure waiting for you on the Nintendo Switch eShop? And it’s under $15? And it’s starring CATS?!?!!?

Not just any cats, of course. We’re talking special cats called “Dragonblood” who are super strong dragon fighters! Because of course I would think that dragons and cats would be enemies…! It makes perfect. SENSE.

Like most games, the story starts with the main character losing a loved one and now has to go find/rescue them from an evil baddie. What I like about Cat Quest is that you not only level up your strength and magic powers, you also collect and upgrade weapons and armor. Some of it is really strong! Some of it, well… 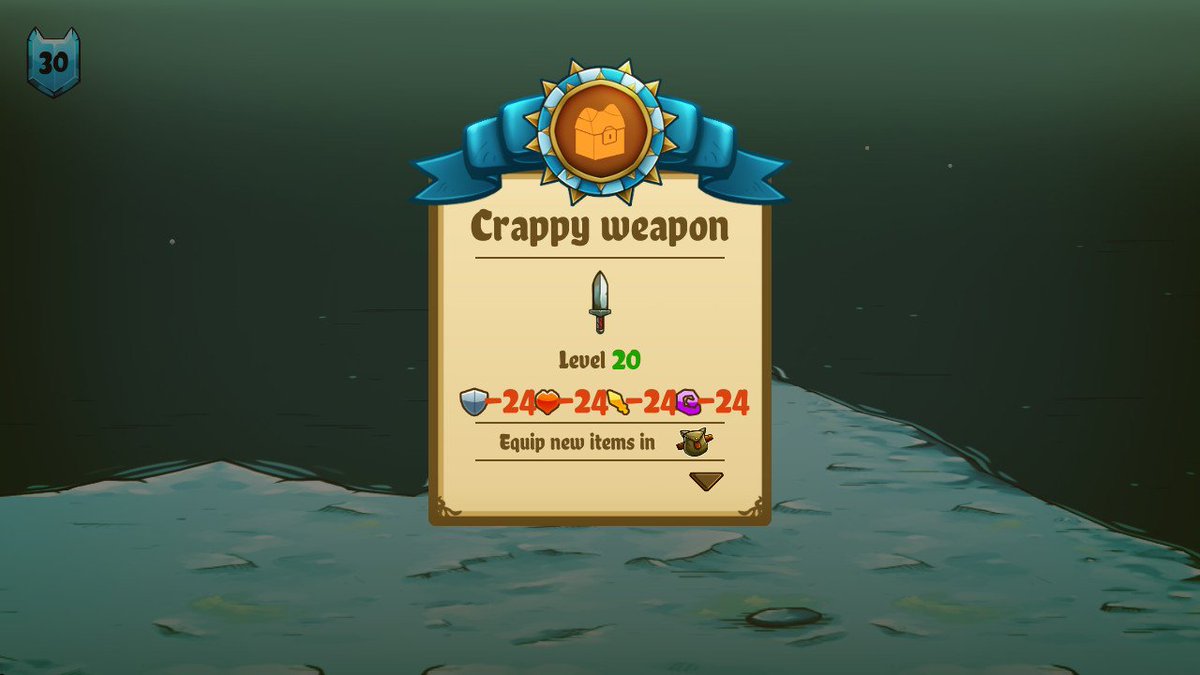 Another awesome thing about this game is it’s sense of humor. It doesn’t take itself too seriously and the game developers The Gentlebros even inserted themselves within the game (in a secret area)! You can unlock the Gentlebros armor too. As a gamer who enjoys both fighting action and collection-oriented games, I was hooked right away! 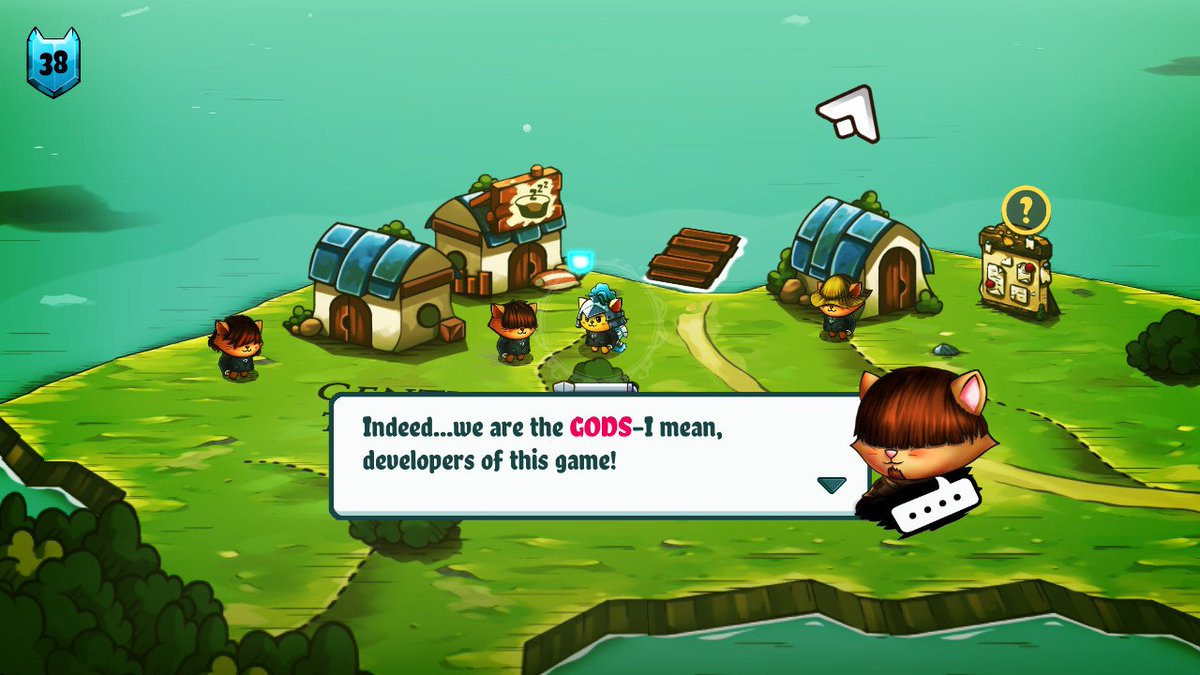 The story is really cute and the characters are too. When you change your outfit, this is reflected on your character as you play in the open world map. If you collect the same armor or weapon more than once, it levels up the item! So there’s a lot of reason to replay dungeons and collect as much as you can.

There are also side quests in addition to the main storyline. You have to help out the cats in the different villages across the map. After all, you can’t let down the King of the Catpital! 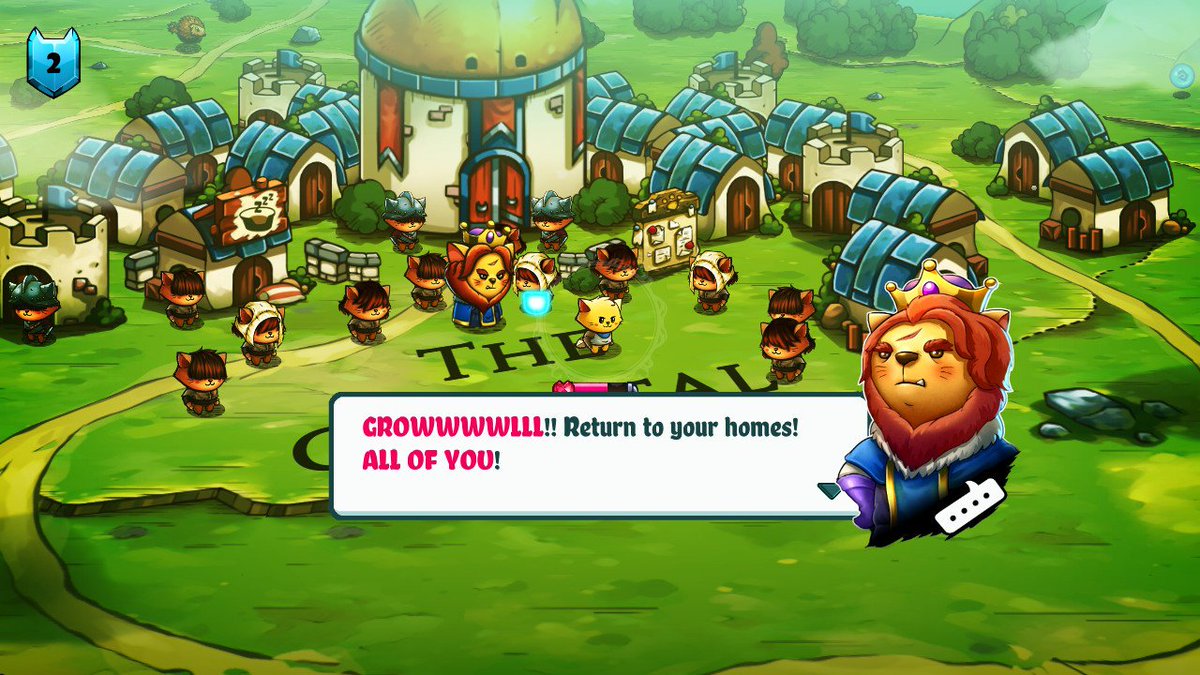 I know I sure didn’t! Eventually I collected a crown and fuzzy robes of my own! 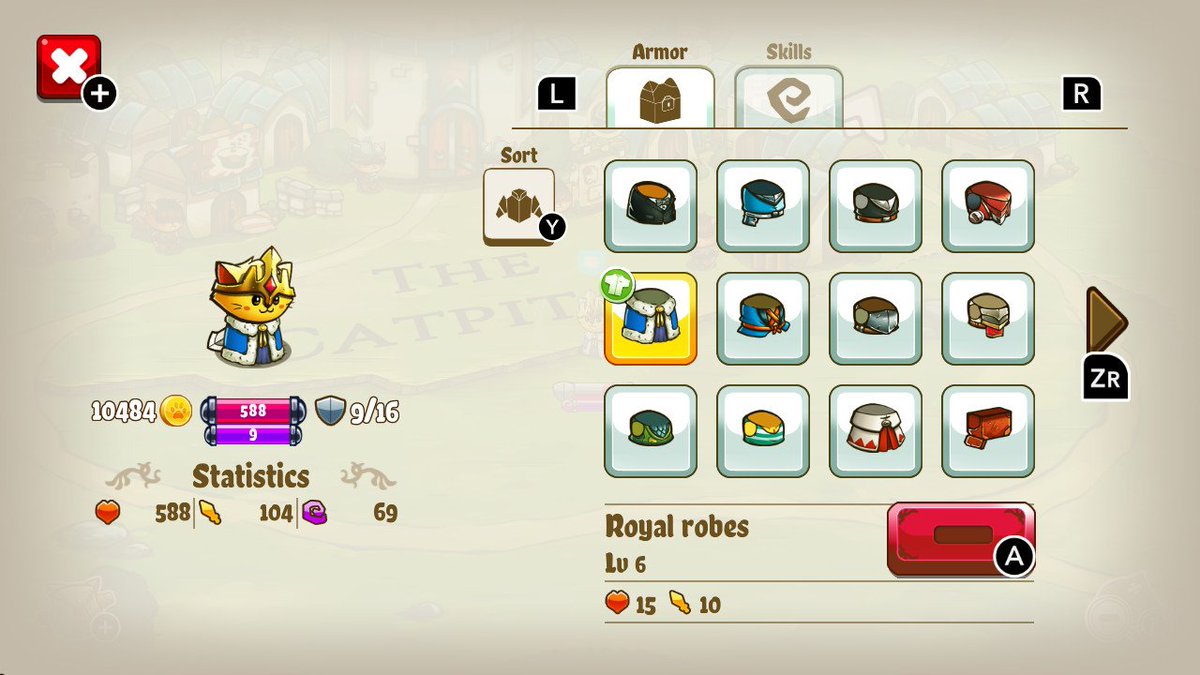 Overall, the first play through of the game is fairly simple and not really that difficult. I completed it in a few hours, and enjoyed it thoroughly! There are some random plot twists at the end, which I won’t spoil for you!

The dragon battles were fun and challenging. It’s satisfying to see the cute little cat taking down a giant dragon! There are many dragons to beat throughout the game, and there are some pretty tough dungeons across the map too. 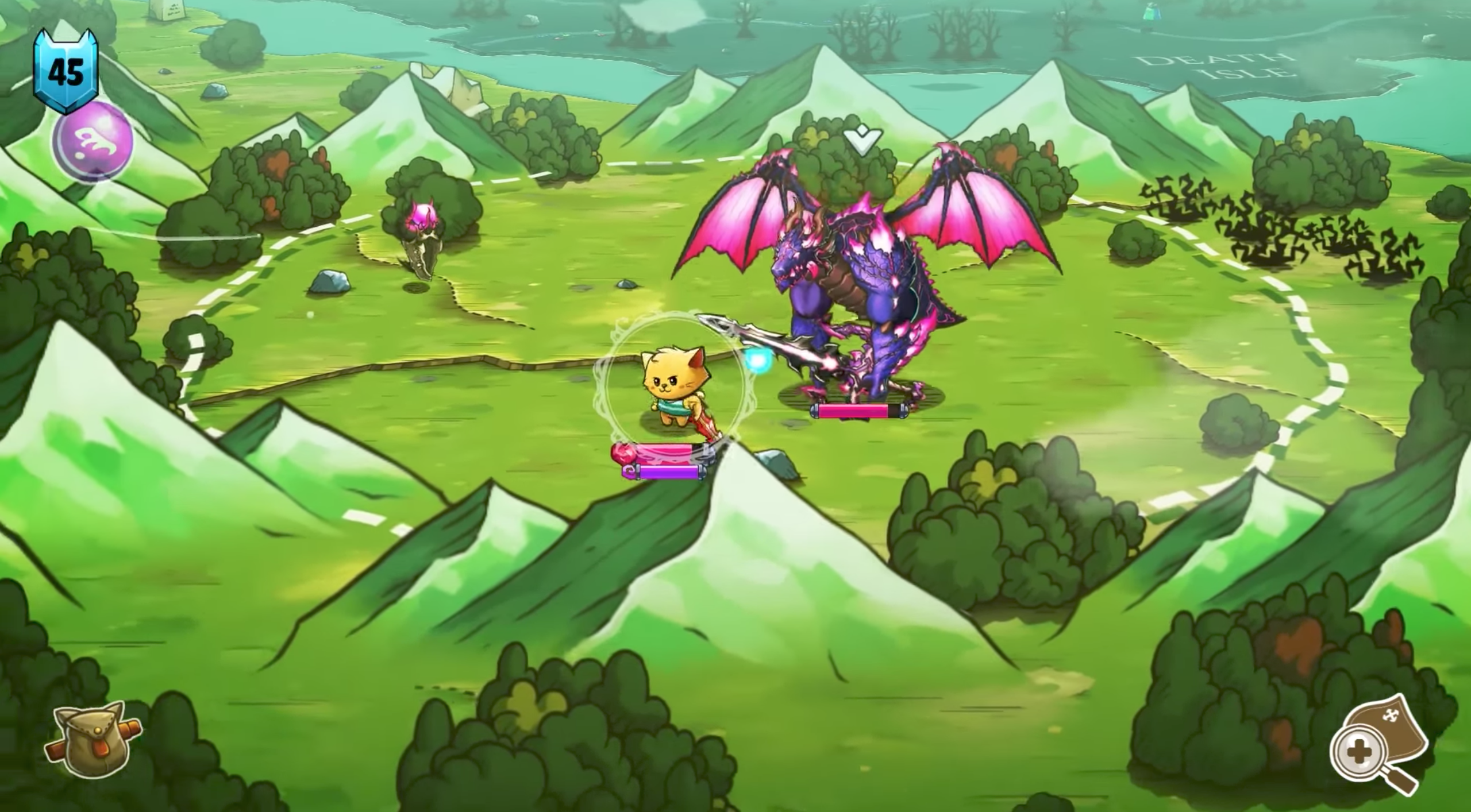 Once you beat the main storyline, there are more challenging options. You can play New Game+, which is a tougher version of the game and you can carry over your weapons and armor that you earned in the initial play through. That’s fun, but I opted for yet another way to play: Mew Game!

No, not Mew from Pokemon. Mew like a cat says ‘mew’… Anyway, Mew Game is similar to New Game+ but instead allows you to select certain modifiers before you start the game. Modifiers such as playing the game with no armor at all. Or conversely, playing through the game as level 1 and relying on upgrading armor to keep you alive. New challenges make the Mew Game considerably more difficult and I have yet to make it very far! Eek! 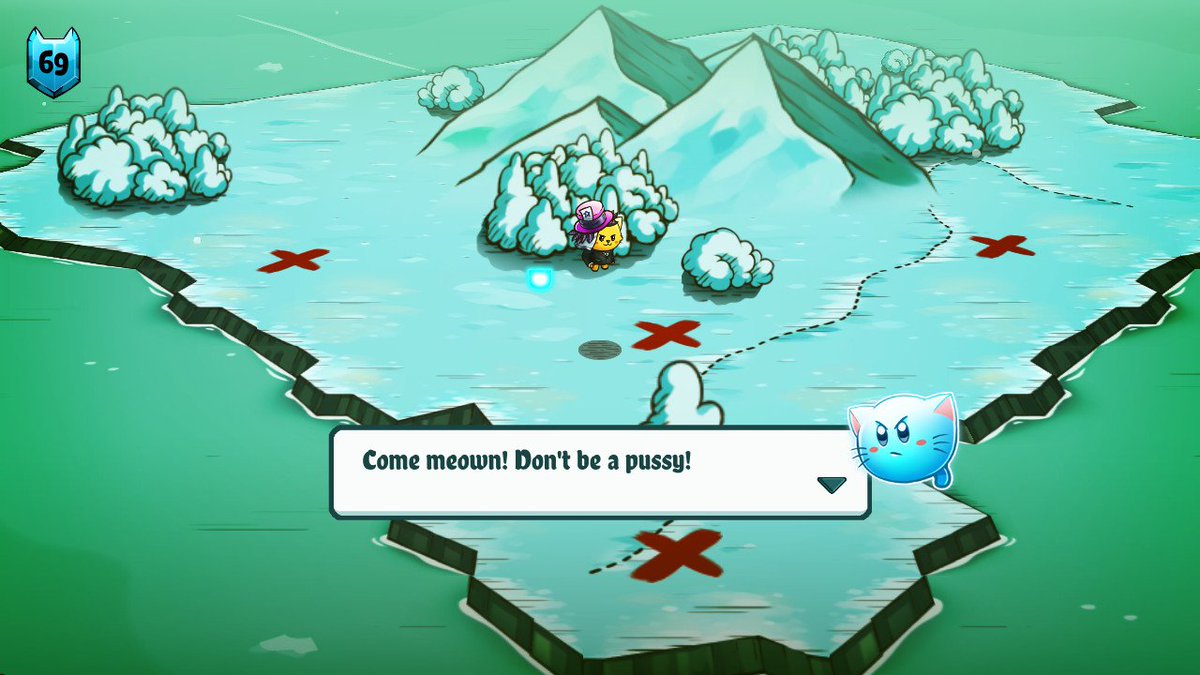 Even despite being antagonized inappropriately by the game, I think Cat Quest is a lot of fun! It’s a great game for casual play, and definitely a must-have for cat loving gamers. There are cat puns galore in the writing! Not to mention, when I purchased the game it was half off and cost me like six bucks. For that price, it’s a no brainer!

I went to the Gentlebros website and it seems that a Cat Quest 2 is coming sometime soon! And it’ll have DOGS. Plus a two player mode!! Ohhhhhhh yeahh!!!!

But it says coming early 2019. If you ask me, May is like, past the ‘early’ part of the year. Then I Googled it and it says Q2/Q3. So maybe that means this will be dropping like ANY SECOND!!! Get your catnip ready!