Most people have been playing Steam games for a while, but I’m a little late to the party. I finally have a decent PC (even though it’s my work computer!! lol) to play some games on and I started building up my wishlist. Then I started getting emails about those games being on SALE and I whipped out my debit card.

Graveyard Keeper is one of those games. The awesome CarneyVorous told me about it months ago and I had always kept an eye on it. We are both into farming sim-type games, and while it doesn’t look like it… Graveyard Keeper fits the bill.

Much like Harvest Moon and Story of Seasons, you have a big plot of land to work with. You forage and grow crops, just like my favorite farming games. You have to make friends with the townspeople – but keep mind that your character is already spoken for. You see, unlike HM and SoS, there is also a big mystery to unravel in GK – you need to figure out how to get back to your lovely lady back in the real world, and away from this crazy graveyard life!

And very much unlike HM and SoS, you also have to clean, maintain and add new bodies to a church graveyard. On top of that, you’re named the PRIEST of that church suddenly. Did I mention that you also perform autopsies on the dead bodies, and extract their body parts, like blood, guts and brains? How about using those body parts to create zombies to help you tend those crops??

This game is extremely involved. Be prepared to devote hours and hours to this game without realizing. I really enjoy the spooky vibe of GK as well. There are lit up jack-o-lanterns and ghost decor all over the houses in the Town. The game is similar to HM in that you have to sleep to regain energy, but it gives you the freedom to sleep whenever you feel like it. If you want to be a night owl, go ahead and dig graves all night. Just don’t expect the townspeople to be awake at that hour. 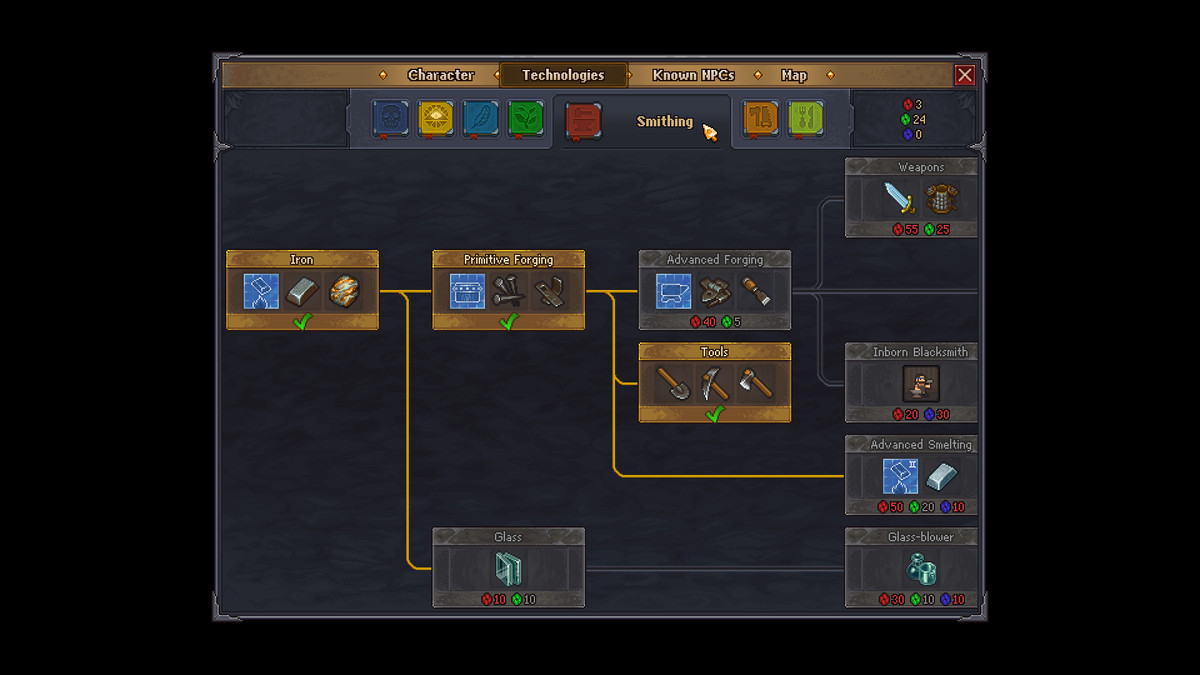 A big aspect of GK is crafting. You collect different items and use them to craft other items, which are then traded or crafted into even MORE useful things! New craft recipes are learned via the Technologies menu, which you can unlock at your leisure and prioritize whatever tech that you want to focus on. There is a lot of freedom to go at your own pace and make some of your own decisions, which is totally my thing.

Want dungeon exploring? GK has it. Want to craft swords and armor to fight beasts? GK has it. How about some raunchy humor? Yep, GK has that. What about a talking skull that bounces around and is your best friend on the farm? …Do I have to keep going? lol

If you’re looking for an inexpensive farm sim that strays away from the ordinary cookie-cutter cute vibe, definitely check out Graveyard Keeper. You’ll be up all night exploring and digging graves… and it’ll be a lot of fun!

One thought on “Working the Graveyard Shift…”