Wow it’s been a while since a game completely took over my life the way that Octopath Traveler (by Square Enix, available exclusively on Nintendo Switch) has done! Before the game’s release, I wasn’t even that crazy or hyped about it, merely interested from what I had seen in the demo. But now that I own it… I’ve logged over 45 hours played. The game only came out 12 days ago. 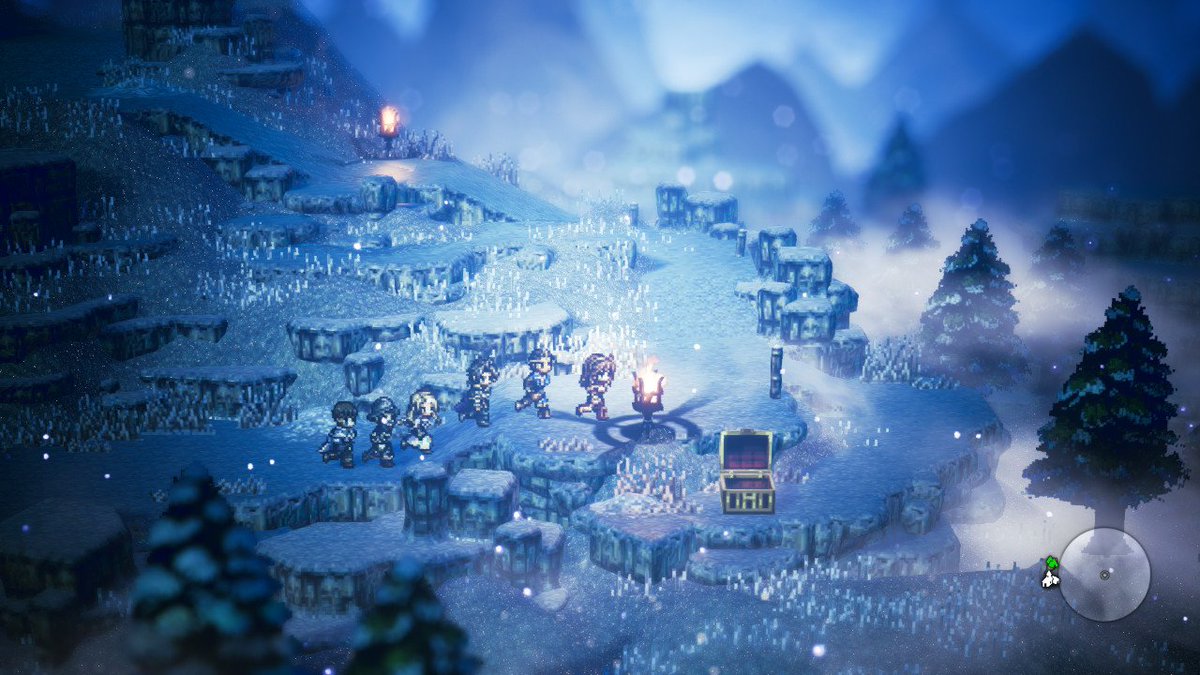 For those who aren’t familiar with Octopath Traveler, it is a classic RPG style game, using throwback retro graphics with a next-gen twist. I’ve described it to a friend as “Final Fantasy mixed with a Choose Your Own Adventure Novel.” This is because of the game’s unique format – you are given a choice of one of eight characters to begin your story with, and this character becomes your Main Character who cannot be switched out. (So choose wisely!) As you progress in the game, you encounter the other seven characters, and have the option to add them to your party and progress in their separate story lines at your leisure. Each character has different abilities and strengths, making the balance of your team a strategic undertaking.

In addition to this interesting new format, the graphics are so cool. Yes, Octopath Traveler uses retro 8-bit style graphics, but they add elements of layering and focusing that make the entire environment seem 3D and robust. Plus the focus effects make the game look simply BEAUTIFUL. They even added sparkles to the water and the snow to bring it to life. Ugh I can’t get over it!!

Another retro aspect of the game design that I really enjoy is how the boss battles are done. The bosses often have a bunch of cronies or minions to assist them and defend them so they don’t break their shield. But that’s not all – the bosses are GIANT SIZED! It’s epic and fun! They are intimidating yet comical! It’s a great throwback to old boss battles from ye olden dayes. I love the strategy of breaking down the minions to get to the big boss. So much fun!!

Once you have all the characters unlocked, you start to travel the map and follow their story lines at your choosing. Depending on who is on your team, different ‘travel banter’ situations will come up and the characters will talk to each other about what is going on in the current “chapter” of the story. It’s interesting to see how some of the characters get along (or don’t get along!!) and the wisdom they impart to each other. I really like being able to choose the story as I go. You can focus on just following the character stories that you like, or train all of the characters evenly and complete all of their stories. The choice is yours! 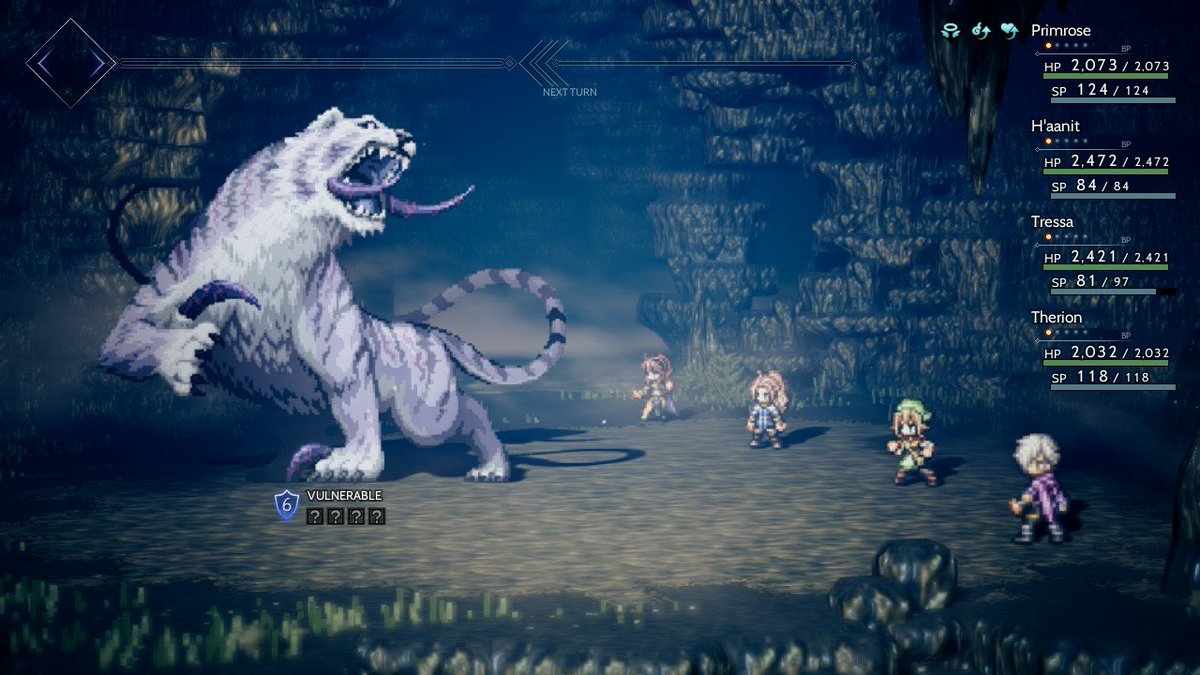 Think that’s all there is to the game? NOPE! You can also have secondary jobs. For example, I chose Primrose to start, but she can only do dark elemental damage attacks. I added on the Scholar as her secondary job, which means now she can dole out fire, ice, and lightning attacks just like Cyrus! In the above photo, you might notice that Primrose is wearing a dark Scholar outfit, Tressa sports an Apothecary satchel, and H’aanit is wearing blue Warrior robes. That’s to reflect their second job roles! It’s really fun to mix things up and see what the most IDEAL team might be in a given type match-up.

Sooo 45 hours in, and I’m only starting Chapter 3 stories for my characters. This game gets really HARD once you get through the second chapters, so I’m at the part when you just have to grind it out for a while. I’ve tried to battle that giant poison tiger thing three times and I ALMOST got him last night, but one wrong move and the balance of the battle can swing the other way! It’s no joke. You really have to plan out your strategy!

It may take a few tries to figure out the best way to proceed, but I won’t quit!! Godsdammit!!

If you’re an RPG player and you’re on the fence about this game, definitely check out the FREE demo on the eShop. It’s such a good game. I can’t wait to play through all of the stories! Maybe I’ll do a recap post after I beat the game.

Are you playing Octopath Traveler??? Which path did you choose???